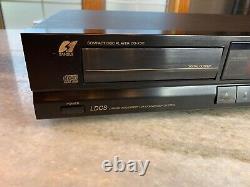 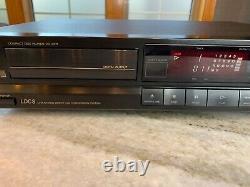 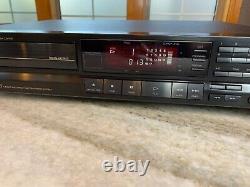 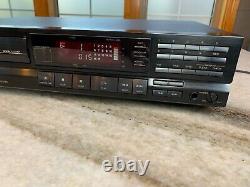 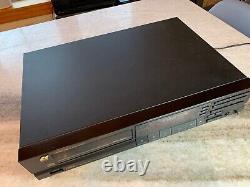 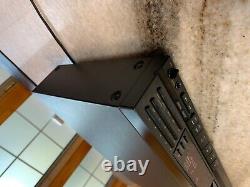 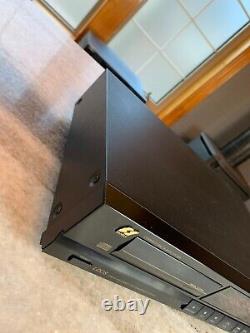 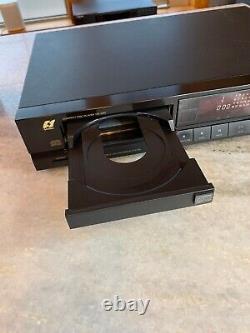 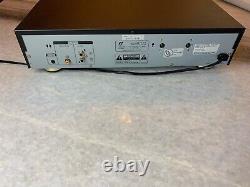 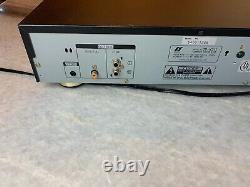 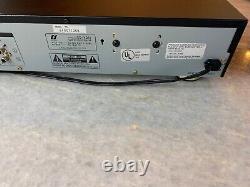 Serviced/New belt and ready for many more years of service. Has a digital coaxial output! Frequency response: 4Hz to 20kHz. Signal to Noise Ratio: 100dB. Total harmonic distortion: 0.005%. Dimensions: 430 x 100 x 316mm. During the past year, we have been hearing a lot about 1-bit digital-to-analog (D/A) conversion, developed more or less simultaneously in Holland and Japan by several companies, and a growing number of new compact disc players feature the technique. Last October we reported on Sansui's first 1-bit CD player, the deluxe Vintage Series CD-X711, and now Sansui has incorporated 1-bit D/A conversion into a less expensive CD player, the CD-X311. Briefly, the process-which Sansui calls the Linear and Direct Conversion System, or LDCS-involves digital oversampling, at a very high frequency, of the 16-bit digital signals derived from laser scanning of the microscopic pits on a CD.

The result is a stream of constant-amplitude pulses, rather than a series of 16-bit digital "words" made up of groups of pulses, hence the "1-bit" designation. The duration (width) and density of the pulses are proportional to the instantaneous amplitude of the original analog signal, which can be recovered by filtering the series of pulses to remove the high-frequency components. Since the signal's noise level is increased by the conversion system's digital processing, a "noise-shaping" circuit shifts some of the noise energy upward in frequency, above the audio range. A major advantage of the 1-bit conversion process is the virtually complete elimination of the amplitude errors commonly found in standard d/a converters at levels below -70 dB, allowing the very low inherent distortion of the CD system to be maintained at the lowest levels. It also permits a simplification of the player's circuitry, reducing the cost to the consumer.

The Sansui CD-X311 is very similar to the earlier CD-X711 in its appearance and features, although it is lighter and less expensive. It can be programmed to play up to twenty tracks in any order or randomly. A COMPU-Edit feature automatically selects those tracks (up to twenty) that will fit on each side of a standard-length cassette, and the player pauses automatically at the end of the first side to permit the tape to be turned over. A numerical keypad provides direct access to any track, but there is no provision for cueing to numbered index points. The display window shows the current track number and elapsed time on the track in large white fluorescent numerals. The start-up display shows the total number of tracks and playing time of the disc. A button switches the time display to the remaining time on the disc or in the current track. A music calendar shows the numbers of unplayed tracks (up to twenty). Symbols show the status of the transport functions play, pause, etc. , and a vertical column of light bars shows the relative setting of the player's volume adjustment (made from the remote control). A red alphanumeric display shows the status of the various special operating features. The rear apron of the CD-X311 has a pair of analog audio output jacks and a coaxial digital output. A sync terminal is used to connect the CD-X311 to a compatible Sansui cassette deck for automatic tape dubbing.